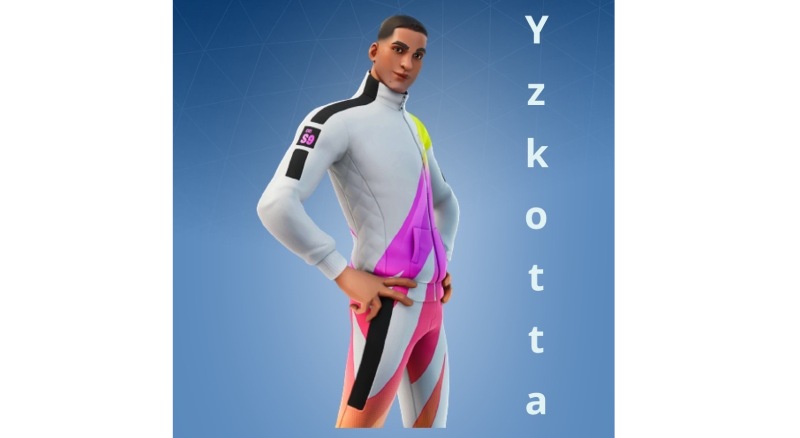 Orlando, Florida, United States of America — With this agreement, Michael Hernandez, commonly known as Yzkotta, is poised to achieve great success in the entertainment industry.

Yzkotta, a player and creator, has agreed to a new contract with epic games. Michael’s career in the entertainment business will receive a significant boost thanks to this deal. Based in Cary, North Carolina, Epic Games, Inc. is an American publisher and producer of video games and software. Tim Sweeney started the business in 1991 as Potomac Computer Systems, and it was first based in Potomac, Maryland. Epic games look for creativity and uniqueness in their games. That’s why they chose Yzkotta as a creator to use Michael’s valuable insights and experience in the entertainment industry.

Aside from being a gamer, Yzkotta has an impressive knack for photography. Michael works as a cameraman for top models associated with the Instagram production company Baddierusx in the entertainment business.

Since Michael is only working on a music video with Lil B, Yzkotta is not responding to any hiring offers despite having remarkable skills in videography. For updates on his work, follow Yzkotta on his Instagram: https://www.instagram.com/yzkotta/

Many recent models’ get inspiration from Yzkotta, who also practices photography and has other interests and skills, including barbering. He is currently concentrating on the entertainment industry because the money has been perfect for him. Yzkotta is renowned for primarily destroying it on all platforms. Twitter, Instagram, and TikTok.

Yzkotta channelized all the negativity from his breakup with his girlfriend to focus on mastering his skills. Michael used the fuel and fire from this situation to grow into an entertainment star while also grabbing all possible attention.

Michal’s past had finally caught up to him.

Several encounters with the law had dragged Michael into a dark place, and he ultimately served an 11-month sentence in Orange county for conspiracy to distribute, fleeing, and eluding. Running from the law even resulted in crashing a personal favorite BMW. After getting out of prison, Michael decided to start fresh, and that’s when the name Yzkotta got adopted.

Yzkotta is progressively becoming well-known on Youtube thanks to his amusing videos about his career in the entertainment world. Make sure to support Yzkotta on youtube at: https://www.youtube.com/channel/UCqSIZAiwwSlfnnrvuyCVyEw

Michael Hernandez, aka Yzkotta / Whoyouhateyz / Sfekotta / Yzdoughboy,  a native of Chicago with Puerto Rican and Egyptian roots, was born in Florida. After numerous run-ins with the law, Yz was finally given an 11-month term for conspiracy to distribute, running, and eluding in Orange County. I adopted the name Yzkotta after getting out and never looked back. Now Yzkotta is crushing it on all platforms, working with top models and even music collaborations. But for now, Yzkotta’s primary focus is the entertainment industry due to the fact that the money is significant.